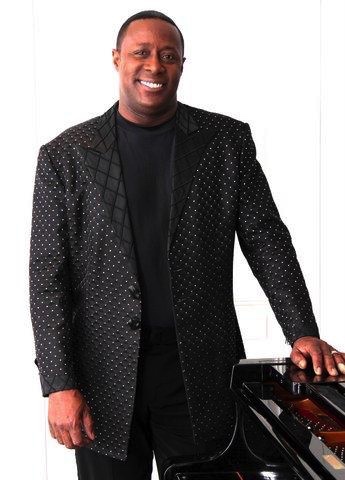 Theo Peoples, the St. Louis based singing sensation who holds the distinction as the only person to ever serve as lead vocalist for both the Temptations and the Four Tops has joined longtime Platters lead singer Joe Coleman and longtime Drifters lead singer Joe Blunt to form a new R&B and classic hits supergroup. A new name for the group is “VOICES OF CLASSIC SOUL”.

Coleman says the opportunity with Peoples came about due to the increasing demands on their singing partner and friend Glenn Leonard for his “Temptations Revue”, which tours extensively overseas. Glenn said of his fellow former Temptation: “Theo is a phenomenal vocal talent, and I know audiences will love to hear him sing all those great songs with JC and JB.” Group member Joe Blunt added, “Our friends and fans who have been following the group in the past are really going to love this new 2.0 version; it’s even more classic songs, more energy, a whole fresh new feel. I’m excited about where this will take us!”

After a well-reviewed preview performance this past summer with the Huntington Symphony Orchestra, the new group lineup officially debuted January 7th-January 12th with a week-long engagement at Busch Gardens Tampa Bay Florida kicking off the 2020 “Real Music, Real Masters” series. The audience response was so overwhelmingly positive, a video crew was brought in to film the shows and capture the magic.

“Audiences were blown away not only by the dazzling appearance and tight choreography, but also by the sheer volume of number one hits. It was great to hear the Temptations, Four Tops, Platters and Drifters fans singing along to every song with Theo Peoples, Joe Coleman and Joe Blunt, members of the actual groups who made those timeless classics part of the soundtrack of our lives,” said group manager Burke Allen.

Each performance features number one hits from all four legendary groups including “My Girl”, Ain’t Too Proud to Beg” and “Can’t Get Next To You” from the Temptations, “The Great Pretender”, “Smoke Gets In Your Eyes” and “Only You” from the Platters, “Baby, I Need Your Loving”, “Reach Out (I’ll Be There)” and “Ain’t No Woman (Like The One I Got) by the Four Tops and “Under The Boardwalk”, “On Broadway” and “This Magic Moment” by the Drifters to name a few.

Theo Peoples
Earning the singular honor as the only man ever to be a member of the Temptations and the Four Tops, Peoples has performed for Presidents Bill Clinton and George W. Bush. He also had the opportunity to duet with the Queen of Soul Aretha Franklin and sing for millions worldwide at the Super Bowl XXXII halftime show. A gifted songwriter and pianist, Peoples wrote and sang lead on the Temptations Top 5 Urban hit “This Is My Promise” from their double-platinum “Phoenix Rising” album. He has also released several solo albums including Down Time, Listen 2 Your Heart, Chemistry…You and Me and Then and Now.

Joe Coleman
The multi-talented singer, songwriter, arranger, and producer spent 23 years with the Platters, touring the world while the show was based out of the legendary Sahara Hotel and Casino in Las Vegas.  Coleman’s long career includes recording albums for the Atlantic and RCA labels, starring in several major theatrical musical productions, performing at the Kennedy Center, the Apollo Theatre, performing with Barbara Streisand, Stephanie Mills, Melba Moore, B.B. King, Lou Rawls, Natalie Cole and many others.  Coleman, along with Joe Blunt, has received Lifetime Achievement Awards for their contributions to American music from President Obama.

Joe Blunt
The recipient of a Sony Music Lifetime Achievement Award for his work with the Drifters, Joe Blunt’s first regional hit came at age 18 with his group The Chancellors on Washington, DC’s  Cap City label. Blunt was also a member of the Atlantic Records soul group “True Reflection” alongside childhood friend Joe Coleman, even appearing on TV’s “Soul Train”. Blunt was asked to join The Drifters in 1975, amid a major resurgence in Great Britain for the group. Performing alongside Drifters legends Ben E. King and Johnny Moore, Blunt sang Drifter classics and was featured as lead vocalist on brand new recordings propelling the Drifters to a new record deal and a major British comeback.

…and wherever timeless music is enjoyed by audiences of all ages!

The Voices of Classic Soul returns to the Carlyle Room in D.C!
August 31, 2022