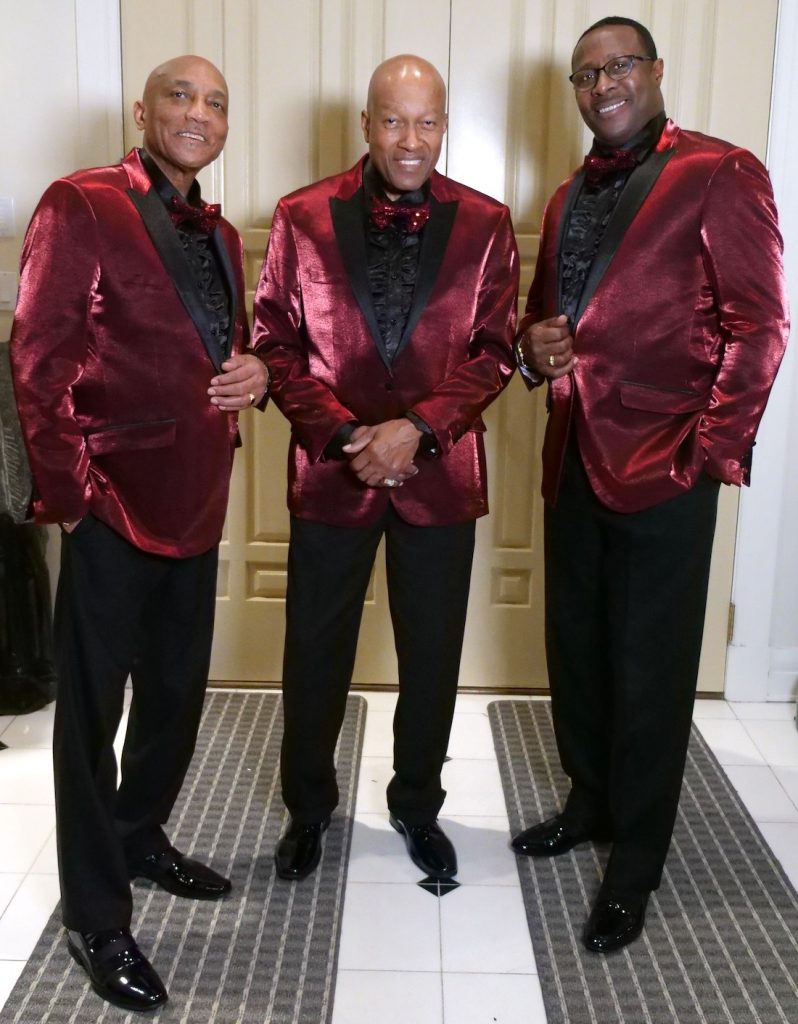 The Voices of Classic Soul have been around the world and back again several times each as the lead singers of four of the most legendary vocal groups of all time: the Temptations, Platters, the Four Tops, and Drifters. The three singers have a back-story right out of a Hollywood movie; Coleman, Blunt & Peoples grew up singing together in church and on street corners throughout the 1960s before finding fame and fortune separately, then reuniting after 30 years to harmonize together once again.

Joe Coleman joined the Platters for a two-decade stint as the group’s lead singer in addition to gaining a successful career as a songwriter and playwright. Joe Blunt performed and recorded with the Drifters for over a decade in venues all over the world alongside Ben E. King and Johnny Moore, earning a Lifetime Achievement Award from Sony Records. Theo Peoples was discovered and hand-selected to join the ‘Temptations’ group in 1992 and made Motown history by becoming the first musician to be in both The Temptations and The Four Tops.

Concert attendees are treated to incredible showmanship, classic dance moves, and some of the biggest hits of all time, including “My Girl,” “The Way You Do The Things You Do,” “Get Ready,” “The Great Pretender,” “Only You,” “Smoke Gets In Your Eyes,” “Under The Boardwalk,” “On Broadway,” “Save The Last Dance For Me,” and many, many more.

In 1967, Joe Blunt and others, fresh out of D.C.’s McKinley Tech High School joined forces in a vocal group called the Chancellors.  That same year, the group signed with Capacity Records and recorded their first single, “Sad Avenue,” which was distributed nationally by Scepter/Wand Records in New York, home to Dionne Warwick, The Isley Brothers, and many more hit-makers of the day. The record was produced and arranged by the late Freddie Perrin (the group’s keyboardist at the time) who went on to become the prolific Grammy Award-winning producer of such artists as The Jackson Five, The Miracles, Gloria Gaynor, Peaches & Herb, and others.  Unfortunately, the Chancellors did not meet with that kind of success.  “Sad Avenue” was followed by a second single, “Girls Do Wonderful Things For Boys,” but as fate would have it, neither was a huge commercial success, and the group eventually broke up.

Undeterred, Joe Blunt continued to follow his dreams of making it big in music, forming another group call The Instant Groove, which eventually evolved into “The” True Reflection, pairing the duo with Blunt’s old Junior Choir chum Joe Coleman and their mutual friend Bobby Cox.

The streetwise quartet of singers blended D.C. harmonies and the red-hot early seventies Philly Soul sound that had launched Harold Melvin and the Bluenotes, The Stylistics, The Delfonics, and others. Soon, True Reflection was signed to the legendary Atlantic Records with high hopes for major musical success.  The group recorded an outstanding debut album with the help of some of Philadelphia’s hottest songwriters, producers, and musicians.  True Reflection’s first and only release received excellent reviews and featured one regional hit entitled “It Really Hurts”.  A national single release called “Where I’m Coming From” received some scattered radio play in 1973, but unfortunately, the project didn’t see much success commercially.  The vocalists soon bid Washington, DC farewell and went their separate ways. 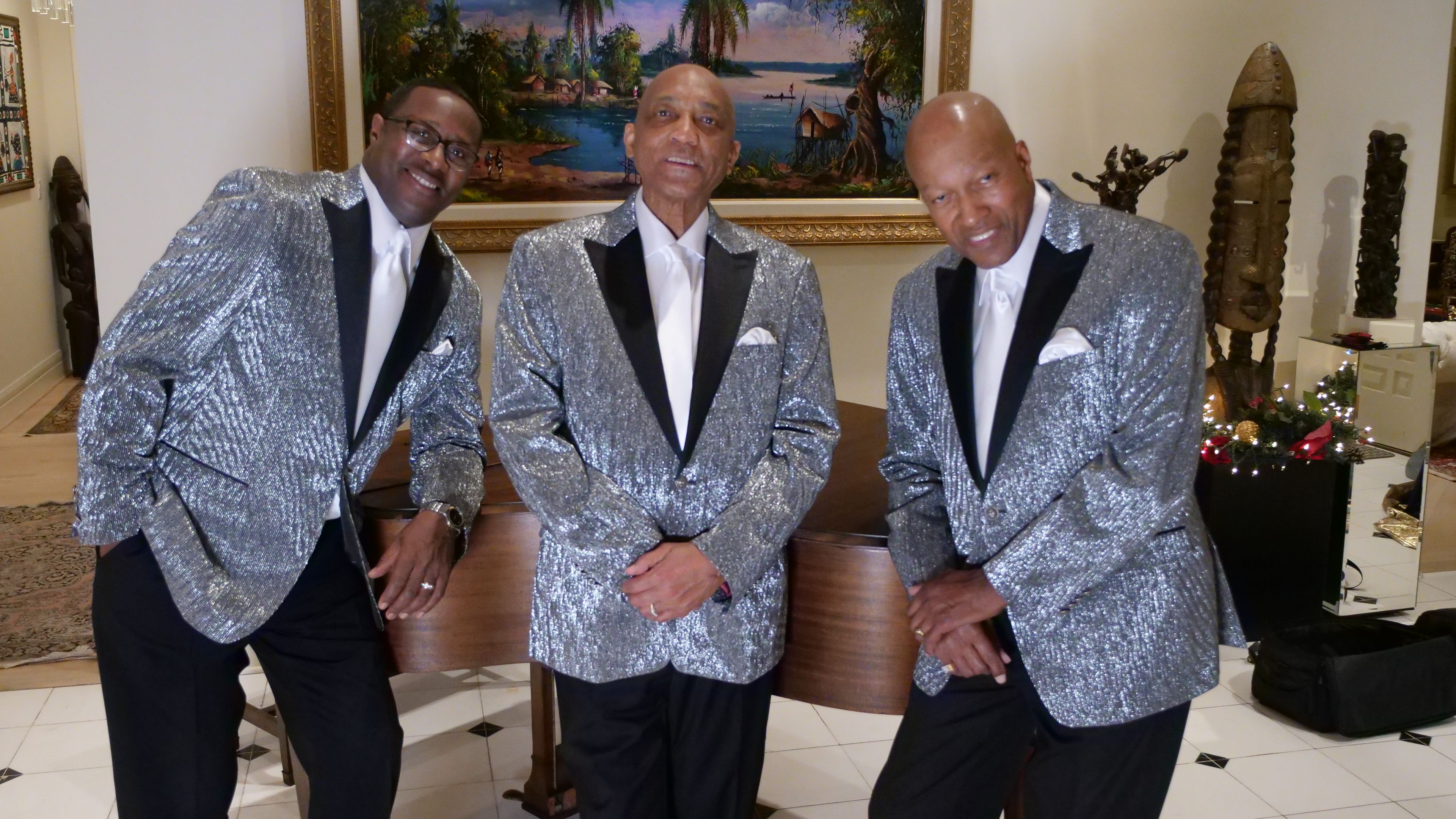 It was only then that each of their musical careers took off to the upper limits of stardom:

Joe Coleman worked steadily as a much sought-after studio vocalist, songwriter, playwright, and theatrical director before joining the legendary Platters for a two-decade stint as the group’s lead singer.  Joe also had a successful international solo career, releasing several singles in Belgium, Holland, Italy and Canada on Ariola, Panarecord and Bump Records, respectively.  Joe headlined at Las Vegas Sahara Hotel and Casino with The Platters for several years before finally coming back to the East Coast, where he now splits his time between homes in New York City and Washington, DC.

Joe Blunt joined the legendary Drifters, performing and recording with the group with his trademark smooth vocal stylings for over a decade in venues all over the world.  During that time, the group experienced a huge resurgence of popularity in the United Kingdom, and Blunt rode that wave, performing dozens of shows alongside Drifters legends Ben E. King and Johnny Moore.  Joe recently received a Lifetime Achievement Award from Sony Records for his work on “The Very Best of The Drifters.”  Blunt was the only one of the three to maintain his Washington, DC home base when not touring.

Having made his national debut as one of the ‘Temptations’ and earning the reputation as ‘The Voice’, Theo Peoples was a choice pick in1998 by a second legendary group, “The Four Tops” (after original member Lawrence Paytons’ death). Shortly after joining the group, Peoples was personally handed the successor’s torch by Levi Stubbs (Four Tops original lead vocalist.. in the year 2000) after his retirement due to illness. After twelve years of touring with the Four Tops, Peoples managed to leave a stamp on their legacy and paid brilliant homage to Levi Stubbs.. recreating memories of classic ‘Four Tops’ songs with his own indelible vocal style. He has shared the stage and the studio, holding his own, with legends such as…. Aretha Franklin, Smokey Robinson, Stevie Wonder, and Bill Medley (of the Righteous Brothers),.. just to name a few!

Collectively, the Voices of Classic Soul’s groups have sold over 100 million records with dozens of number one hits everyone in the audience can sing along to. Voices of Classic Soul’s concert attendees are now treated to incredible showmanship, classic dance moves and some of the biggest hits of all time, including “My Girl,” “The Way You Do The Things You Do,” “Get Ready,” “The Great Pretender,” “Only You,” “Smoke Gets In Your Eyes,” “Under The Boardwalk,” “On Broadway,” “Save The Last Dance For Me,” and many, many more.  Together, Voices of Classic Soul bring their rich blend of classic hits and a true friendship spanning over fifty years to the stage for delighted audiences lucky enough to catch a performance by the trio of seasoned vocal performers.  “It’s a real blessing to be able to bring these great songs to audiences after all these years, and do it with my very best lifelong friends… a real blessing,” says Joe Blunt.  A real blessing, indeed.